The ‘Blonde Bomber’ soared into the UK limelight after her explosive fight with Shannon Courtney in April. Australian Bridges was called up with very little notice for the WBA Bantamweight title after just 5 professional fights after Courtney’s planned opponent pulled out due to Coronavirus.

The bomber did herself proud in what many judges are saying was the most exciting women’s bout ever! Although she suffered a bad eye injury in the later rounds, she made it to the end and lost on a points decision which many people thought was a bit closer than the judges gave.

Bridges next fight was at Eddie Hearns house for fight camp where Ebanie dispatched Bec Connolly with a 3rd TKO. 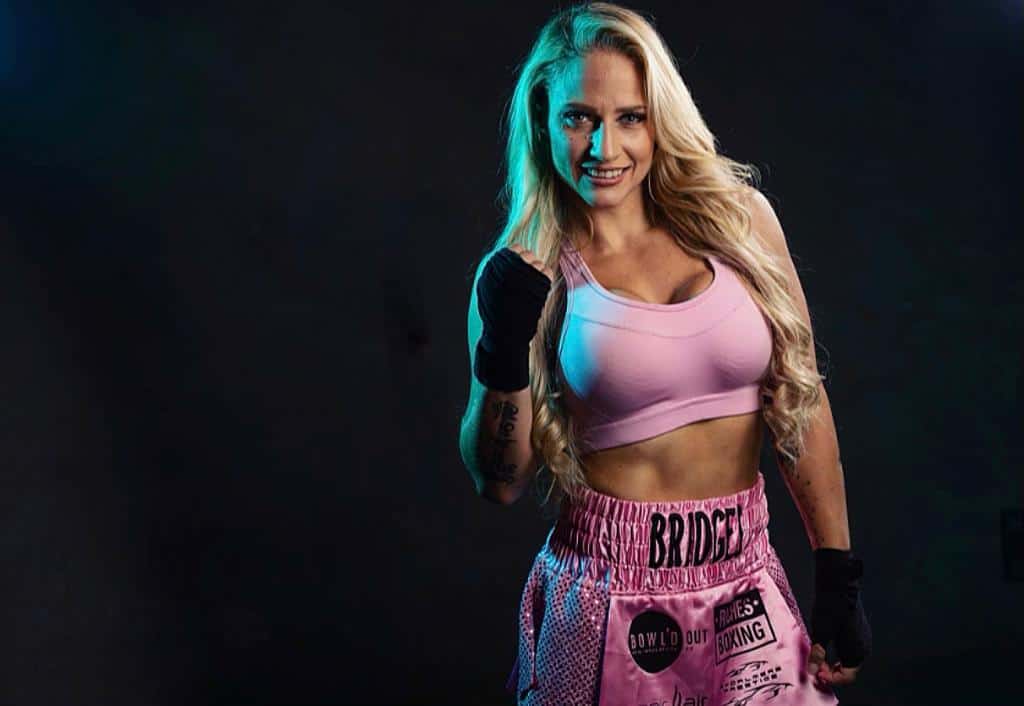